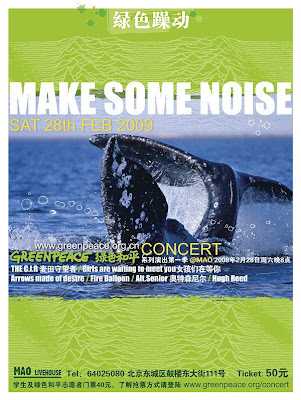 Today, I received this email (below) and would like to support the Greenpeace China campaign by publishing this post because we have 10 months to convince world governments, including Beijing, that they need to make a strong plan to stop climate change at a key UN meeting in Copenhagen in December.

The kick-off concert in Beijing is this Saturday, Feb. 28 at 8pm at the Mao Livehouse, 111 Gulou Dongdajie.

I’m dropping you a line because I came across your blog and really liked it, and I wondered if you would help publicise my event in Beijing ?

It is a huge event going on in Beijing this Saturday night in support of Greenpeace China .

I’ve attached a document containing information on all the acts playing, and here are two news stories in Chinese and English with information about what the show is about and how to get 20% entry off:

If you could help publicise this, it would be much appreciated
Kind regards,

Email ThisBlogThis!Share to TwitterShare to FacebookShare to Pinterest
Labels: Environment

Sexy Beijing TV is back !
Su Fei interviews Beijing's migrant workers about their relationship issues. The first part seems to be shot in Sanlitun.

Migrant workers life is tough. It is so different from what Westerners are used to, but also from what are most Chinese living in Beijing are used to. Migrant workers often are separated from their families. Only once a year they can afford to go back home. Most of the time they are not paid on a monthly base, only when the work is finished. They have no money to go out, or at least not enough to invite a woman for a date. Migrant workers sleep all together in containers, about 8 guys in a room (according to the interview). There is no room for dreams. They need to feed themselves first before wanting for some more. No wonder that good cooking quality is more important then good looks when one guy was asked about his choice of a woman!

When I cycled through Beijing I shyly took some pictures from some same shy migrant workers. Sanlitun was probably the place in Beijing where the poor and the rich world met most awkwardly. 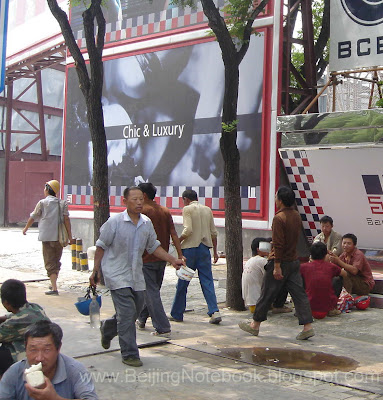 Posted by - Susan - No comments:

Email ThisBlogThis!Share to TwitterShare to FacebookShare to Pinterest
Labels: migrantworker

urbane magazine: another one bites the dust 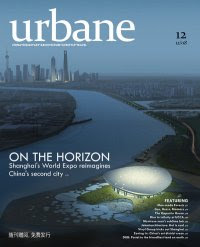 The picture shows the cover of the December 2008 issue, the last issue of urbane.

-----
Click on the label urbane magazine and / or read (below) my articles for 'urbane China'.
Posted by - Susan - No comments:

About the Year of the Ox and its Babies 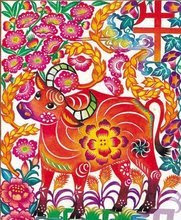 Happy New Year of the Ox !

This OX year will bring stability and growth where patience and diligence pays off.

This is a year of Harvest (EARTH ox) - when we reap what we have sown. Take care of business this year, do not let things slide.

The Ox is thought to be the sign of prosperity through fortitude and hard work. The Ox is a power sign, like the Rat, Snake, Dragon, Tiger, and Monkey. It is the 2nd sign in the Chinese Zodiac of 12 animals.

Attributes of PEOPLE born in the year of the OX:

People born in the sign of the OX are said to be stable, strong, dutiful, reliable, tenacious, practical, industrious, determined, honest, loyal, sincere, persevering and down to earth and tolerant. They can sometimes be lonely but they form firm bonds with home and family. The OX people cherish their private lives and are not usually very adventurous. They know the way to succeed is by a slow, steady, sustained effort. OX people are great traditionalists, they like the familiar.

What to expect from BABIES to be born this year:

This child will NOT be a cry baby. It is unusually tough and can endure hardship. A rugged individualist, it tends to begin speaking late and would rather settle arguments with its fists. Stubborn and unyielding, it can turn the house upside down when he puts his mind to it. She or he is not the fussy type but will be adamant about the few concessions she/he demands. One of them will be privacy.

She/he won't resent discipline and in fact will welcome your fixing a schedule for her/him. The ox baby may insist on having its meals served at the same time each day but it will not be particular about food. It thrives on regularity; knowing where everything is and what is expected of him will give him a sense of security. A girl born under this sign will go for order and neatness at home.

The Ox youngster enjoys taking charge when mother or teacher is away and is stern and unsympathetic to offenders. She/he can and usually will give you an unbiased opinion, as he/she is not easily influenced or taken in by flattery. Instead of bribing or begging her/him to do something unpleasant, it will be more effective to simply tell them, "It is an order!" It is not argumentative by nature but you must gain its respect before it will obey you.

The ox child relishes teaching younger children and will show remarkable patience and perseverance in waiting for what it wants. Being the strong, silent type, it may not readily reveal his feelings. It can be deeply hurt and no one may even suspect it, because the Ox child is a very private person. Although it may put up a blunt, strong-willed and loyal front, the Ox is terribly naive about the realities of life. It needs to be protected in this respect and it will rely heavily on moral support from its parents, teachers and family.

At school, the ox child may be an exemplary student as he is not one to lock horns with the authorities. His serious and no-nonsense outlook on life makes him avoid joking or clowning around. He should be encouraged to express his emotions and develop his sense of humor.

Above all, he will be reliable and responsible. He will win the respect of his elders as well as his peers. The Ox child will be an outstanding example of both an excellent leader and follower and perform his duties well.


FAMOUS People Born in The Year of the Ox:

------
It was fun to collect these sort of info / horoscopes from the web. My sources and more to be found here:
http://www.123chinesenewyear.com/new-year-of-ox/
http://en.wikipedia.org/wiki/Chinese_zodiac
http://www.chinesefortunecalendar.com/2009.htm
http://www.theholidayspot.com/chinese_new_year/more_zodiacs/ox.htm
Posted by - Susan - 3 comments: